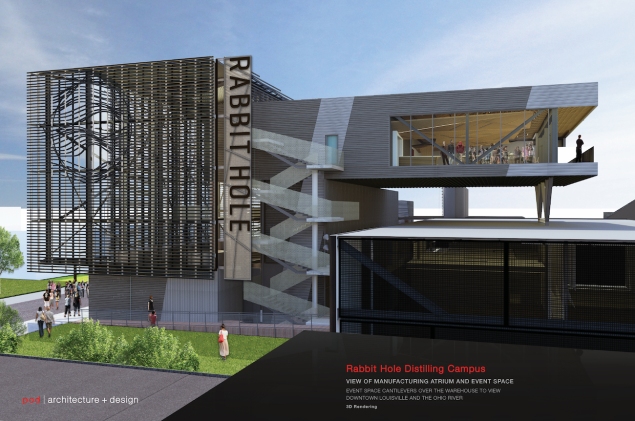 When Saturday, May 5 rolls around in Louisville, Ky., there’ll be more to celebrate than the 144th running of the Kentucky Derby.

At the corner of Jefferson and Market Streets downtown, a new distillery called Rabbit Hole will hold its grand opening – with a Derby Day party.

“It’s a start-up – 60,000 square feet with fermenters and a couple of stills,” says architect Doug Pierson of Carrboro, N.C.-based pod architecture + design. “When opening day comes, they wanted to be ready to go – during construction, they started their process in a secret location.”

Pierson and his partner Youn Choi designed the distillery as a transparent affair, studying the path of bourbon-making from grain to barrel. “We developed the building around that, from the ground up, so people can see the whole process,” he says. “We said: ‘Form follows process.’” READ MORE