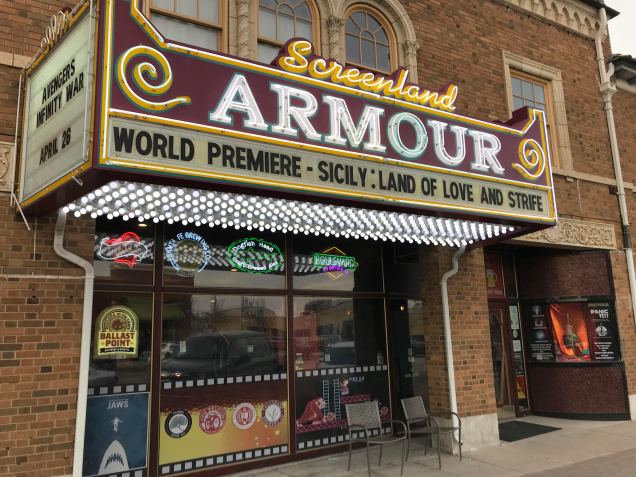 The event was co-sponsored by the Kansas City chapters of the American Sons of Columbus and UNICO, the largest Italian-American non-profit service organization in the United States.

Although Spano lives in Chapel Hill, North Carolina, he chose Kansas City — the city where he was born and raised — for the U.S. premiere of the film that celebrates his family’s land of origin.

“Holding the premiere in Kansas City not only allowed me to see friends and family I had not seen in years, but it also gave me the opportunity to present my film to a very diverse Middle-America audience,” said Spano, a Sicilian by heritage who holds dual citizenship. “Their responses were both informative and heartwarming. I could not have asked for more. The theater was sold out and the crowd loved the film — I was truly humbled by their responses.”

By design, the feature-length documentary invites viewers to discover the Sicily that movies and television largely ignore. “But for crime, Sicily has gone largely unexplored,” said Spano. “Yet Sicily is more fascinating and diverse than other Italian regions and few places compare to Sicily for a story of spectacular beauty, epic human struggle, depth and diversity of culture, philosophic insights and historic sites.”

Chef Mirabile, the emcee for the sold-out event, also feels the film is a loving tribute to his land of origin. “Personally, the film evokes wonderful memories of the many trips I’ve made to my family’s homeland. I’m was honored to help showcase this remarkable region of Italy.”

Explaining his choice of emcee for the film’s U.S. premiere, Spano smiled. “I knew Jasper would be the right guy to emcee this event. Members of the Kansas City community have taken this man into their hearts. And, why shouldn’t they? He’s the best chef. He’s a tireless champion of Kansas City food, and he stands as one of the finest representatives of the success stories that Sicilian immigrants and their descendants have had all over the globe.”

From now through November, “Sicily: Land of Love & Strife” will be presented in various cities across the U.S. and Canada as part of a promotional opportunity called “Bring Sicily to Your Town.”  Two upcoming screenings include Hamilton, a suburb of Toronto, on June 20, then Buffalo, New York, on June 25th.

(Click here for more information on “Bring Sicily to Your Town.”)